Northern German "Kanzleischrift" of the 13th c., fashioned after the handwriting of Decanus (regional church official) Hermanus of Soest, this font has many alternative characters in odd places. Most of the uppercase and some lowercase characters have been made up for lack of samples and to ensure readability for modern users. Good for something that should look like an old document.
License: Free for personal use Download Herman Decanus AH font 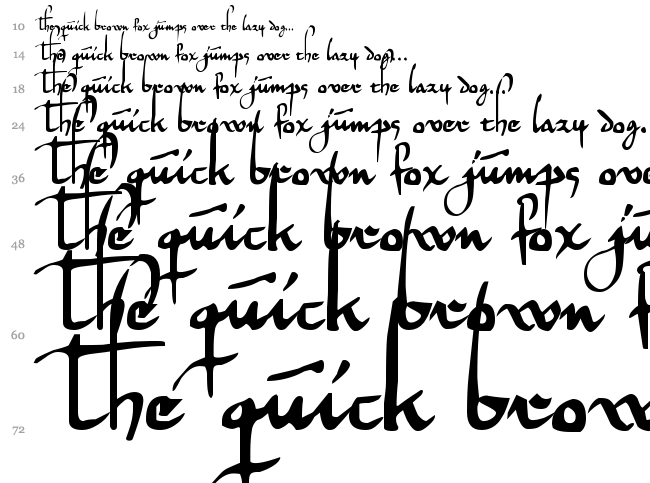