This is the page of Mythology One font. This font is free and can be used without any restrictions. It was published on Fontzzz.com on Friday 29th of June 2012 at 08:20 PM and was placed in the "Dingbats - Ancient" cattgory. Version of the Mythology One font is "". You can download Mythology One font for free by clicking download button. This font was comressed in a ZIP archive for your convenience. It contains 1 font files.

a tip of the hat to you and yours,
and thank you for your interest in "mythology one."

"i made my song a coat
covered with embroideries
out of old mythologies
from heel to throat ... "

please note,
"mythology one"
has been made available as freeware,
and no restrictions have been placed on its use.

"mythology one" may be freely redistributed,
provided that this text file accompanies the clipfont.

complete keystroke and image information
is available at the bottom of this file.

remember,
what we do depends on you.

please register shareware fonts where appropriate,
and continue to show your support for the art of fontography.

you can look for us at:

hope you'll stop by for a visit sometime.
coffee's always on,
and we try to keep the fridge stocked, too ...

all comments, critiques, raves, flames and water balloons
can be directed to:

the font author has included this readme file
because it contains essential "mythology one" information...

which legend says was unearthed by a young italian shepherd
from beneath a large, granite stone,
found in the center of an enormous crop circle,
and which users should find most helpful
as they fill out their scorecards ....

a - pallas with aegis. aegis - a shield, or defensive armor,
originally applied to the shield given by jupiter to minerva.
pallas - the grecian goddess of wisdom, identified, at a
later period, with the roman goddess minerva
b - pallas with aegis
c - anubis, an egyptian deity, the conductor of departed spirits,
and represented by a human figure with the head
of a dog or fox
d - anubis
e - apollo, a deity among the greeks and romans, and worshipped
under the various names of pean, nemius, helius, pythius,
phoebus, etc. he was the presiding deity of archery,
prophecy, music, and medicine, and president and protector
of the muses
f - apollo
g - atlas, a titan who for his part in the titan's revolt
against the gods is forced by zeus to support the heavens
on his shoulders
h - atlas
i - calliope, (from the greek, meaning "having a beautiful voice"),
the muse that presides over eloquence and heroic poetry;
she was the mother of orpheus, and chief of the nine muses
j - calliope
k - centaur, (originally meaning "a herdsman," afterward "a herdsman
who fought on horseback"), a fabulous mythological being,
supposed to be half man and half horse
l - centaur
m - ceres, the daughter of saturn and ops,
the goddess of corn and tillage
n - ceres
o - clio, (from the greek meaning "the proclaimer"),
the muse who presided over history
p - clio
q - cupid, (from the latin for "desire," or "desire of love"),
the roman god of love, the greek eros
r - cupid
s - dagon, the national god of the philistines, represented with
face and hands of a man, and the tail of a fish; the fish-god
"this day a solemn feast the people hold,
to dagon, their sea-idol."
-milton
t - dagon
u - diana, the daughter of jupiter and latona; a virgin goddess
who presided over hunting, chastity and marriage
v - diana
w - erato, (from the greek meaning "to love"), one of the muses,
who presided over lyric, and especially amatory, poetry.
she is represented as crowned with roses and myrtles,
and holding a lyre in her hand
x - erato
y - dragon, a fabulous animal, generally represented as a monstrous
winged serpent or lizard, with a crested head and enormous
claws, and regarded as very powerful and ferocious.
"the dragons which appear in early paintings and sculptures
are invariably representations of a winged crocodile."
-fairholt
z - dragon

i'm so young and you're so old
this, my darling, i've been told
i don't care just what they say
'cause forever i will pray
you and i will be as free as the birds up in the trees
oh, please stay by me diana... 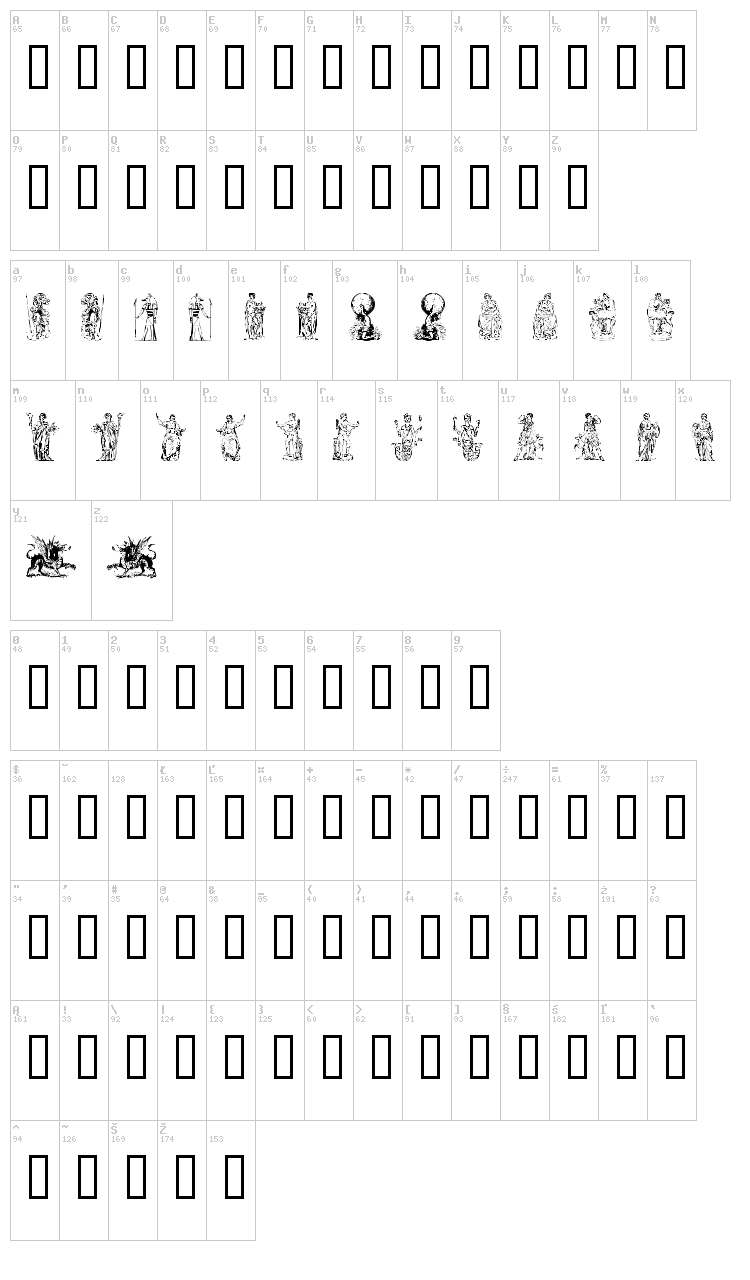 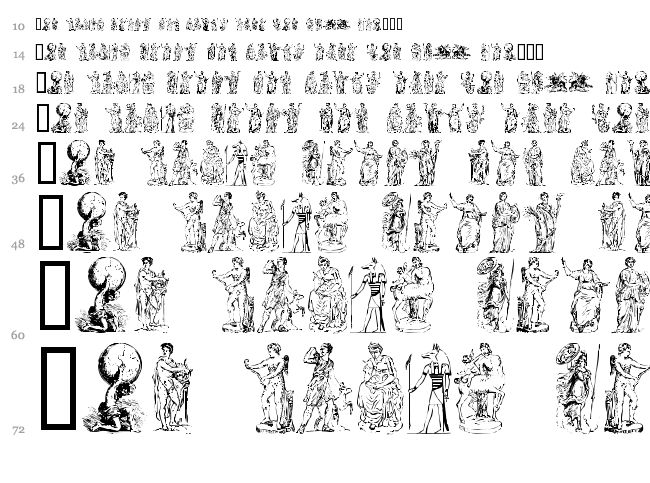