This is the page of Insula font. It was created by Apostrophic Labs. This font is free and can be used without any restrictions. It was published on Fontzzz.com on Wednesday 14th of August 2013 at 07:53 AM and was placed in the "Gothic - Various" cattgory. Version of the Insula font is "1.0". You can download Insula font for free by clicking download button. This font was comressed in a ZIP archive for your convenience. It contains 1 font files.

This font is based on post-roman insular latin writing. It is one of the many transliterations that the lab has been offering of late in an attempt to avail a wider range of choices to the international user. This font contains support for Western European, Greek, Cyrillic, Turkish, Baltic, and Central European languages. The concept and design of this font were aided by the following books: Keith Sidwell, Reading Medieval Latin - Hrotswitha, Dulcitius and Paphnutius, ed. Paul Pascal - Waltharius, ed. Gernot Wieland - Leo F. Stelton, Dictionary of Ecclesiastical Latin. Peace.
License: Free Download Insula font 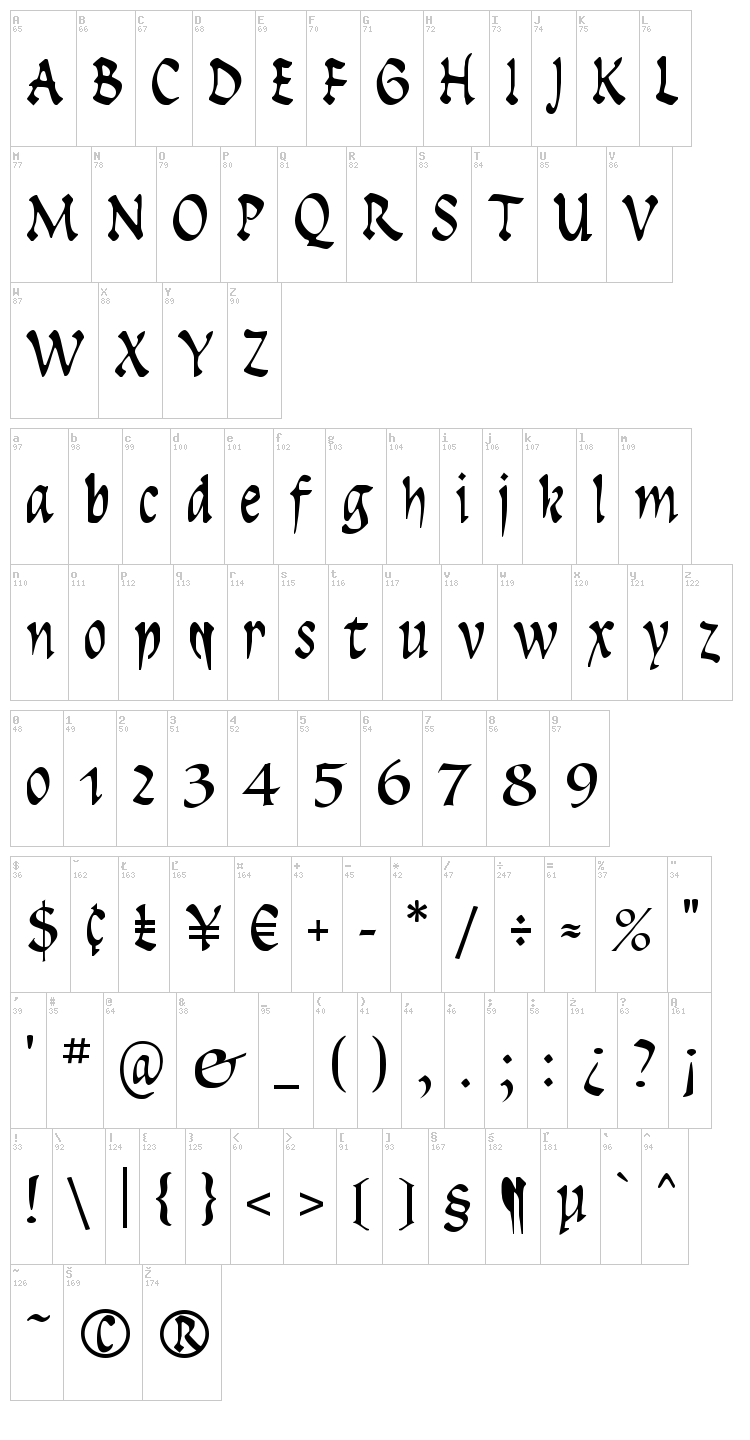 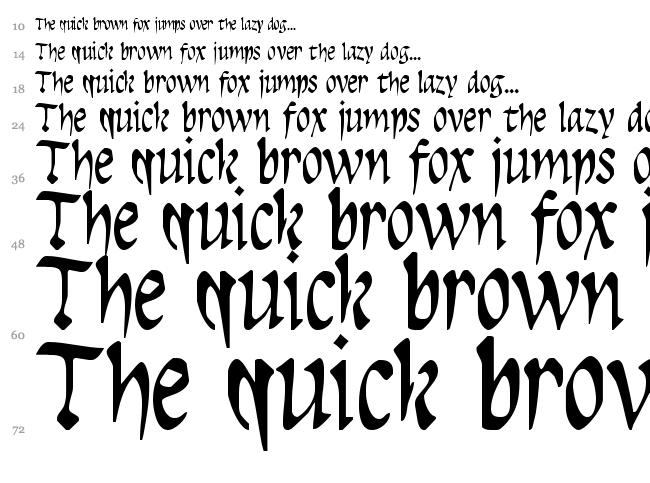